The Kingdom of Saudi Arabia traces its roots back to the earliest civilizations of the Arabian Peninsula.  Over the centuries, the peninsula has played an important role in history as an ancient trade center and as the birthplace of Islam.

The culture of Saudi Arabia is a rich one that has been shaped by its Islamic heritage, its historical role as an ancient trade center, and its Bedouin traditions.Saudi society has experienced tremendous development over the past several decades. The Saudi people have taken their values and traditions – their customs, hospitality and even their style of dress – and adapted them to the modern world.

Saudi Arabia’s free market economy has undergone remarkable changes in a relatively short period of time. It has evolved from a basic agricultural society into a regional and global economic power with a modern infrastructure.
Petroleum is an integral part of the Saudi economy; Saudi Arabia is the world’s largest producer and exporter of oil. In recent decades the Kingdom has increasingly diversified its economy, and today produces and exports a variety of industrial goods all over the globe.
Saudi Arabia is the largest country in the Middle East and it’s geography is diverse, with forests, grasslands, mountain ranges and deserts. The climate varies from region to Temperatures can reach over 110 degrees Fahrenheit in the desert in the summer, while in the winter temperatures in the north and central parts of the country can drop below freezing. Saudi Arabia gets very little rain, only about four inches a year on average.
Saudi Arabia’s population is 27 million, including 8.4 million foreign residents (2010 census), and its capital city is Riyadh. 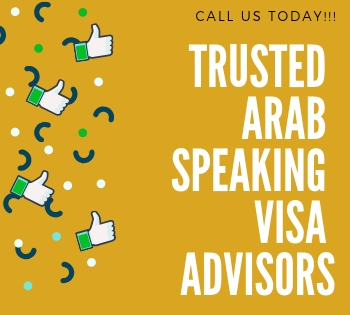 Helped me few times with last minute business visas to Saudi. In fact one of their guys even met me at the train station to hand my passport and visa back to me in time.

The Service is always Excellent. Responsive. To the point. Polite. Efficient. Saudi Visas are the best specially Murphy, Thank You once again.

Been with them for more than 4 years. Highly appreciate your constant support even during the days off when there is a time pressure to meet the deadline. Wish you all the success ahead.

Used Saudi Arabia Visa Services on all occasions, be it for myself, my family or friends. Highly effective and very professional. Highly recommend for a stress free assistance in obtaining a visa for Saudi.

Our Expert Saudi Visa Consultants can turn the tiring and sometimes confusing experience of getting a visa into a fast, easy and stress less process where you just have to sit back and relax. Let us do all the running around for you!!